This wedding was totally unlike most weddings I’ve ever been to. There was no cake cutting, instead they had a whole table of homemade cakes for people to just help themselves. There was no first dance, instead they had an ‘everybody first dance’. The bridal party played with nerf guns during the group shots. It was incredibly casual and that’s what I loved about this rainbow themed wedding.

Lara and Ben got hitched over the Easter holidays in The Bluebell Centre and whilst it was raining the entire day, nothing stopped this wedding from being bright, colourful and full of personality. The tables were prettily decorated with Daffodils, china cups and mini chocolate eggs. The barn was filled with bright coloured bunting and fairy lights and Lara and Ben had made 1,000 rainbow coloured origami cranes for the ceremony.

There was something even more special at this wedding that the guests weren’t anticipating. During Ben’s speech they announced their pregnancy with twins! 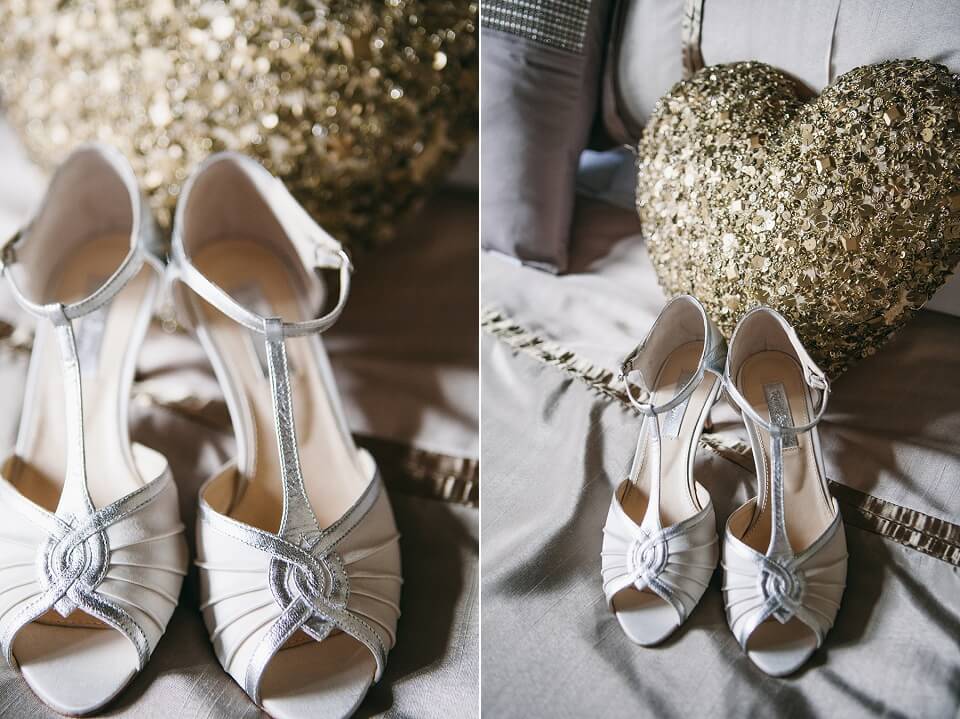 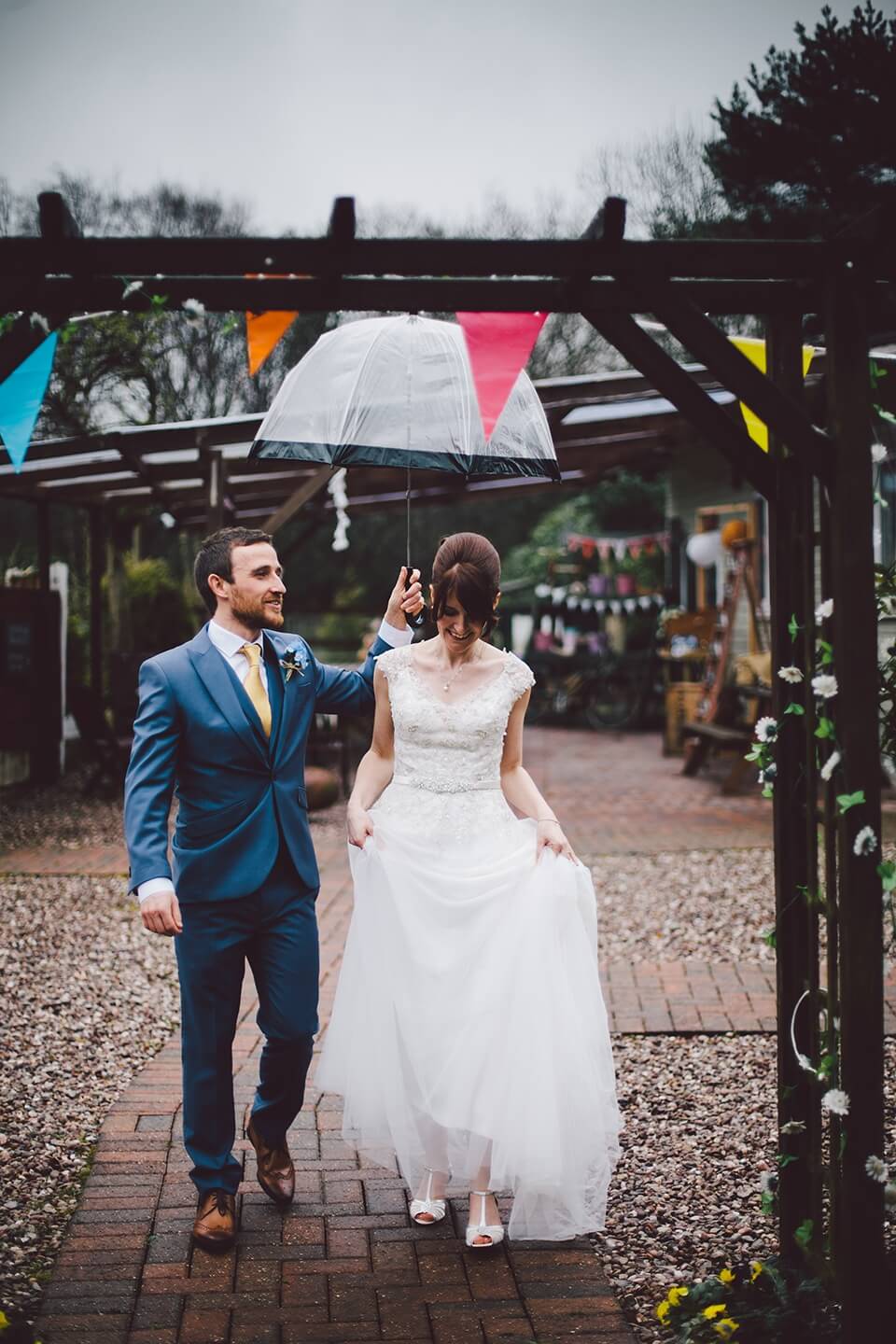 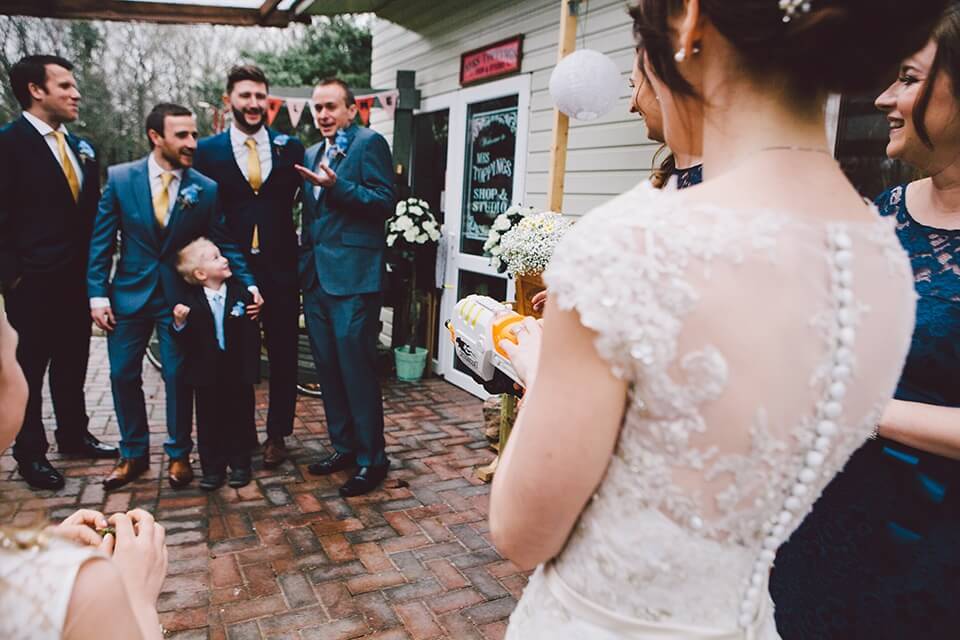